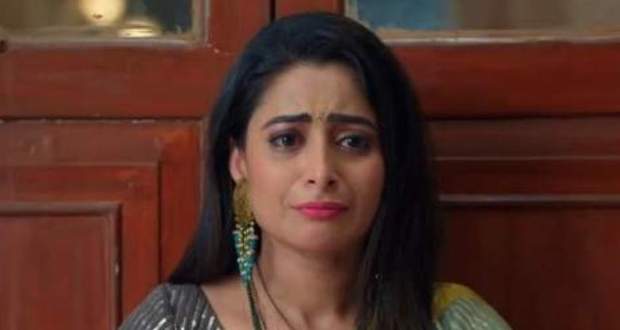 Today's Gum Hai Kisi Ke Pyaar Mein 1 April 2021 episode (GHKKPM) starts with Virat hesitating to say anything to Sai while Sunny is looking at them.

He makes a plan and adds Bhaang into the Bhujiya batter and makes Virat eat it.

However, Sai also eats them and they both get intoxicated while Virat requests a drink.

Elsewhere, Omkar adds Bhaang into his and Ninad's glass while Sai takes one of the glass and takes it to Virat who also drinks it and gets intoxicated.

Sai and Virat talk funny while Pakhi gets upset seeing them.

Sunny goes to them and requests to dance while Sai says that Virat can't dance and goes.

Meanwhile, Omkar and Ninad are drinking spiked drinks while Bhavani comes there and asks them what they are doing.

Sunny comes there with the Bhujiya which has Bhaang in it and Bhavani gets intoxicated eating it.

Bhavani calls in Pakhi and feeds her the same Bhujiya while crying saying that she is missing Samrat.

At a distance, Virat is admiring Sai's hand while he confesses his feelings for her while Ashwini and notices it and plans to do something.

Suddenly, the drums start playing and a lady comes there in a car.

Ashwini tells Usha that she is Barkha Rani who comes there every year to dance.

Sonali gets jealous while Bhavani calms her.

Barkha does a dance performance and signs Virat to dance with her and he goes on stage.

They dance while Sai imagines herself in Barkha's place dancing with Virat but gets confused as to why she feels that.