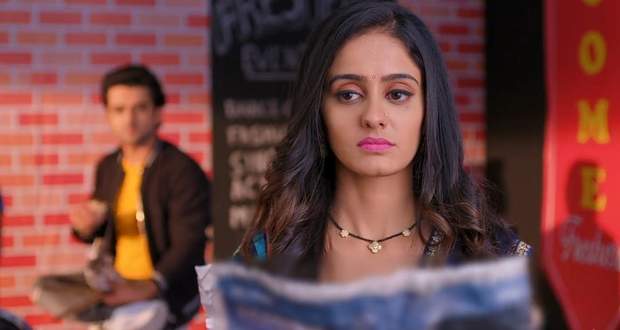 Sai thanks Ashwini for sending baking soda last night while Ashwini retells her interaction with Virat the previous night.

Pakhi burns her fingers while Ashwini warns her to focus on her matter's only while Sai offers to serve the tea to family.

Housemates drink the tea and make sour faces realising that there is salt in it and taunt Sai for it thinking that she made the tea.

However, Ashwini reveals that Pakhi made the tea and taunts Bhavani for being biased towards Pakhi.

Virat sees a girl crying at the tea stall and finds out that her father hasn't returned for half an hour while she reveals that her name is Viji and his father's name is Samrat.

Meanwhile, Sai goes with Pulkit to get a book and accidentally the pictures of him and Devyani fall from his diary falls.

Sai is about to pick it up but Pulkit takes it after which Sai and leaves.

Meanwhile, Virat talks to Viji while an officer comes there and informs him that Samrat Jadhav has fainted and is taken to the city hospital.

Sai looks at a picture of Virat on the newspaper while Aniket says reveals that it is the same officer who warned him to keep to himself.

Sai gets angry that Virat lied her and calls him but he tells her that he is busy and cuts the call.