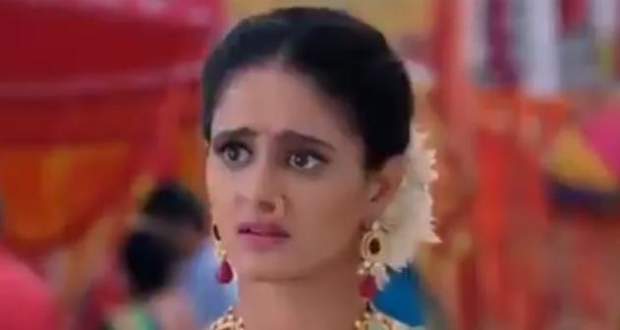 Today's Gum Hai Kisi Ke Pyaar Mein 1 March 2021 episode starts with Pulkit informing everyone that he has come there to meet Devyani but would like to meet Sai first which makes the Chavan's wonder how he knows Sai.

Meanwhile, Pakhi goes to Sai's room and insults her and Devyani while Sai responds to not say a bad word about Devyani as she is a part of this house too.

Pulkit says that he knows Devyani is at Chavan house and that her mental condition is not good while revealing that he is Sai's professor.

Pakhi comes there amd says that Devyani is in Sai's room and that she said to only keep her locked inside.

Pulkit gets angry hearing this and berates them while Bhavani says that Devyani is already married.

Pulkit shots that Devyani is married to him amd reveals everything that Sai has told them.

Omkar and Ninad threaten him while he says that he is not the old Pulkit anymore and has become the most reputed doctor in Nagpur.

Mansi tries to convince Bhavani to accept his love while she replies that he is not of their standard to marry her daughter.

Devyani tells Sai that Bhavani will get angry at them while Pulkit gets emotional seeing her.

Bhavanu says that she will all of Devyani's decision until she dies while Sai argues to Devyani is of marriageable age and can make her own decisions.

Sai introduces Devyani to Pulkit but she doesn't remember his face and asks him who he is.

Pulkit tries to remind her about their marriage while Sai calms her from getting scared.

She starts crying in front of him and asks him if he is her Pulkit and that he doesn't look like her Pulkit.