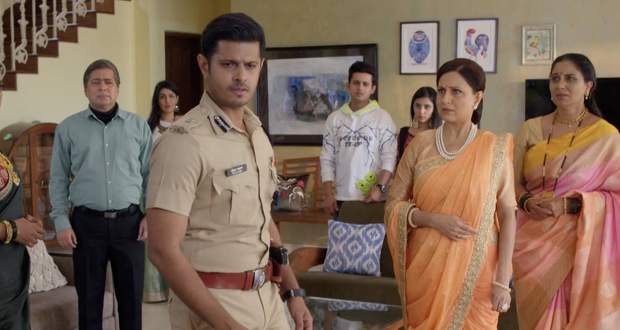 Everyone in Gadchiroli gets happy seeing Sai back and ask her about Virat.

Meanwhile, at Chavan’s mansion, Bhavani asks Virat that why didn’t he bring Devyani along with her, and Patralekha accuses Sai of planning a new ploy against the Chavan’s.

This makes Virat furious and he says that the real culprit is among the Chavan family and Sai is innocent as she just tried to help Pulkit and Devyani to come together.

Virat tells everyone that Pulkit’s documents were exchanged and real documents have Devyani’s name as his spouse.

Later, at Gadchiroli Sai’s neighbors get angry with Virat as they come to know he lashed out Sai in the middle of the night.

Sai requests them all not to call Virat and tell him to come here as she doesn’t want to go back to Chavan’s mansion.

Sai tells Usha that she will be going back to Nagpur as her studies are getting affected.

© Copyright tellybest.com, 2020, 2021. All Rights Reserved. Unauthorized use and/or duplication of any material from tellybest.com without written permission is strictly prohibited.
Cached Saved on: Thursday 29th of April 2021 03:33:45 PMCached Disp on: Thursday 6th of May 2021 06:06:10 AM