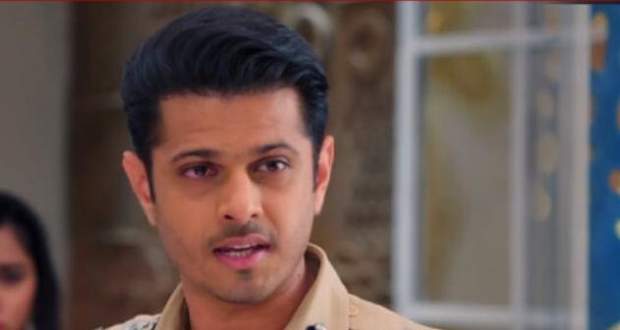 Today's Gum Hai Kisi Ke Pyaar Mein 20 February 2021 episode starts with Sai declaring to Usha that her scholarship money will come in two days that they won't eat anything from the Chavan house till then.

Suddenly, Mohit comes forward and tells Virat that the wrong is happening with Sai while Sai says that it is okay.

Mohit tells her to shut up while Sonali and Virat tell him to not bring food for Sai but he rejects their orders and goes while Sai cries on Ashwini's shoulder.

A tear rolls out of Virat's eye while Pakhi notices it.

Later, everyone is having dinner while Pakhi says that she's not hungry when Karishma reveals that it is because Virat has also not eaten since morning.

Meanwhile, Devyani gives her chocolate to Sai while they talk about Pulkit when suddenly Ninad comes there and takes Devyani away from Sai.

Virat feels bad and is contemplating if he should have brought up the punishment of Sai or did he do it too much while Pakhi comes other with a plate of food.

First tells her to go back with the good as he wants to be along and she goes while being hurt.

Ashwini comes there and berates Virat while he feels angry with himself.

Meanwhile, Sai talks to Kamal's picture and decisive to leave the Chavan family.

She tells Usha to pack her bags while Virat overhears them.

© Copyright tellybest.com, 2020, 2021. All Rights Reserved. Unauthorized use and/or duplication of any material from tellybest.com without written permission is strictly prohibited.
Cached Saved on: Monday 22nd of February 2021 11:53:58 PMCached Disp on: Friday 26th of February 2021 07:02:31 AM