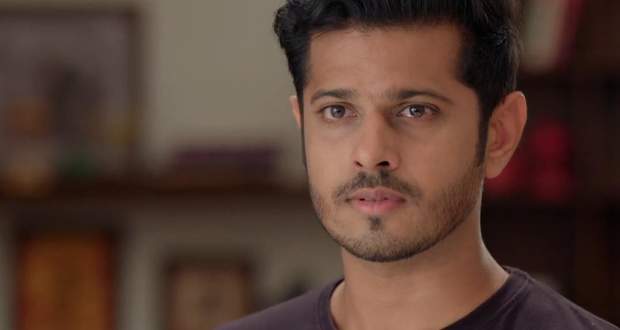 Ninad informs everyone that Virat knows about Samrat being MIA after which Ashwini accuses Pakhi of revealing the news to him.

Shivani is talking to someone on the phone after which she tells the family that she is going out when Bhavani says that no one asked.

Sonali reveals Shivani's lie to Mansi during the tarot card session. Elsewhere, Sai is apologizing to her parents' photo frame and promising to become a doctor.

Usha asks her if she thanked Virat as he was the one who donated blood and saved her. She further tells Sai about the efforts he made to save her.

Sonali reveals that she found out about the lie from Karishma who agrees with her and further reveals that the actual card was 'The hanged man'.

Virat has a strange dream where he is running after Sai and she falls into the water.

He goes to save her but is suddenly chained up and Pakhi's voice comes reminding him about his promise to her.

Afterwards, Kamal and Ninad appear who tell him to keep the promise he made to Kamal after which he wakes up.

Ashwini tries to feed Mansi while Devyani comes there jumping.

Mansi notices Devyani's feet and tells Ashwini about when Pakhi's first step was backward in the Grahpravesh and blames her for Samrat's disappearance.

Ashwini tells her to not talk about Pakhi that way while the latter watches them from afar.

Sai's relatives come to Virat's home and ask him to marry Sai to which he surprisingly approves.

© Copyright tellybest.com, 2018, 2019, 2020. All Rights Reserved. Unauthorized use and/or duplication of this material without written permission from tellybest.com is strictly prohibited.
Cached Saved on: Saturday 28th of November 2020 10:15:18 PM