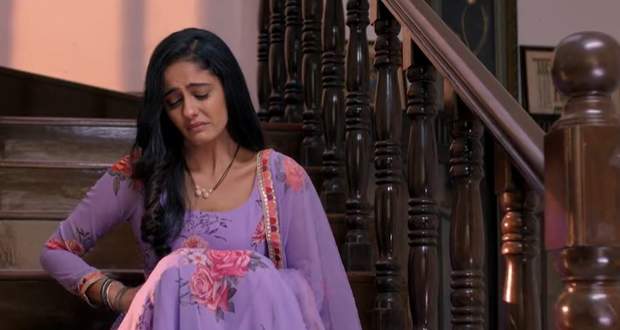 Bhavani gets worried knowing Virat learned the truth about Pulkit’s documents and so to defend herself she blames Omkar for damaging Chavan’s reputation.

Virat asks everyone about who wrote the letter this makes Patralekha worried as she might get exposed and Virat will start hating her but Bhavani through her gestures tells Omkar to take the blame on him.

Later, Sonali requests Virat not to put allegation on Omkar.

Meanwhile, Sai misses her father and recalls her memories with him.

Further, Omkar defends himself by saying that after Devyani’s father’s demise it is his duty to look after Devyani’s well-being and whatever he did was for her betterment.

Virat tells everyone that he will go to Gadchiroli and bring Sai back home.

© Copyright tellybest.com, 2020, 2021. All Rights Reserved. Unauthorized use and/or duplication of any material from tellybest.com without written permission is strictly prohibited.
Cached Saved on: Monday 3rd of October 2022 04:57:12 PMCached Disp on: Friday 7th of October 2022 02:04:45 PM