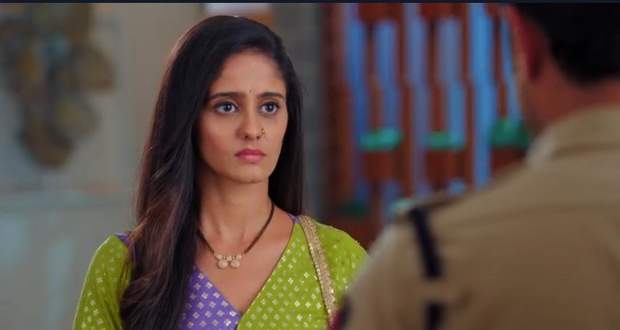 Sai apologizes to Pakhi and says that she will never do anything which would make her leave Chavan mansion.

However, Pakhi says that she must have come here at Virat's request which Sai denies.

Sai tells her how much Virat and Chavan's family misses her and tries to convince her to come back but Pakhi tells her to go back.

Elsewhere, Karishma goes to Sai's room but Devyani accidentally reveals that Sai and Usha went out.

Karishma calls everyone and informs them of Sai's disappearance.

Sai tells Pakhi to ask her heart what it feels which makes Pakhi emotional while Sai leaves.

Meanwhile, Virat enters the Chavan mansion and feels tense to see everyone sitting on the sofa.

He asks about Sai and Bhavani taunts her saying she left without informing anyone.

Bhavani states that she can't lose Pakhi because of Sai and that she will go by herself to convince her to come back.

At the same time, Sai and Usha enter the house and Virat asks them where they went but Sai deny telling anyone the destination.

Bhavani taunts Virat saying how he can get an answer from criminals in the police station.

Sai misunderstands him and puts forth her hand telling him to hit her which sparks an argument between the two.