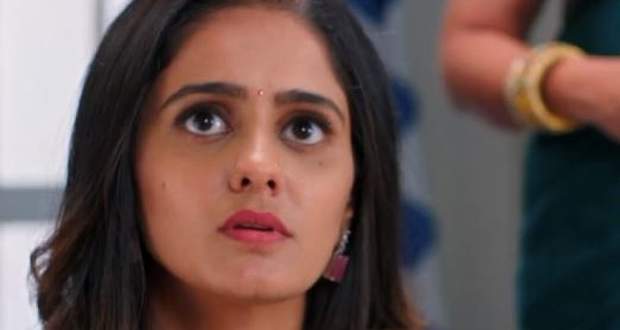 Later, Bhavani tries to stand for Pakhi while Sai asks her to treat all the daughters-in-law equally. At the same time, Devyani brings Virat to the hall and he asks Sai about her fever.

Meanwhile, Sai stands firm to make Pakhi blend the spices with hand and the Chawans stay adamant to support Pakhi. On the other hand, Virat takes a stand for Sai and asks Pakhi to blend them.

Further, Pakhi blends the spices while Sonali feels sad about Pakhi. At the same time, Sai tells them that on the day of Mahabhoj, no one supported her but made fun of her difficulty.

In the meantime, Sai asks Pakhi to stop blending as her hands will burn but Pakhi stays adamant and continue to blend the spices. At the same time, Virat scolds Sai and asks her to bring ice for Pakhi.

Later, Virat apologizes to Pakhi on behalf of Sai and asks Sai to finish her chores as she is getting late for college.

© Copyright tellybest.com, 2020, 2021. All Rights Reserved. Unauthorized use and/or duplication of any material from tellybest.com without written permission is strictly prohibited.
Cached Saved on: Monday 8th of March 2021 10:02:35 PMCached Disp on: Tuesday 9th of March 2021 04:00:33 AM