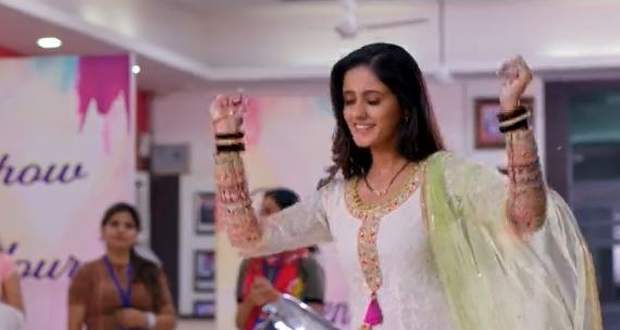 Today's Gum Hai Kisi Ke Pyaar Mein 22 January 2021 episode starts with Devyani praising Sai for what she did with Pakhi and asks her to feed her breakfast.

Sai further asks to show her medicine while she takes a picture of it to ask about the medicine to Pulkit.

Elsewhere, Bhavani approaches Pakhi and nurses her wound while she appreciates Pakhi for being responsible. At the same time, Karishma feels jealous.

Meanwhile, Sai rushes to find Pulkit to ask about the medicine but Pulkit takes her to the canteen as he was hungry.

Later, Pulkit learns Sai's locality and recollects his fond memories with Devyani. Meanwhile, Sai asks about Devyani's medicine to Pulkit to which he says that it is very strong medicine to relieve patience from trauma.

On the other hand, Sai listens to a song from a rehearsal and starts dancing to it out of all her stress.

Meanwhile, Karishma scolds Mohit to find a job as she is being degraded in that Chawan's home.

At the same time, Sai plays loud music that disturbs the Chawans while Bhavani gets going to her room to stop the music. Meanwhile, Virat also gets informed about it.