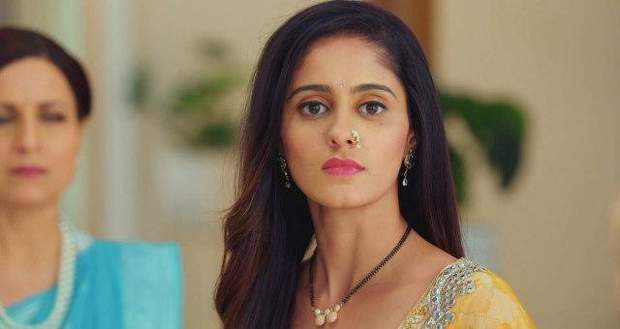 Ashwini tells Sai that she should believe not in her instincts but the findings are against Pulkit.

Ashwini tells Sai that she thought Sai is right always but now she feels she was wrong and Pulkit’s matter is just her persistence.

Sai tells the entire family that if Pulkit wanted to betray everyone then he wouldn't have messaged him his entire plan. He would have at least talked to her for a minute on call.

Bhavani says to defend herself by saying that whatever she did was for the sake of Devyani’s happiness.

Ashwini tells Sai not to think about older people's issues and focus on her study.

Sai gets a video call from Aniket he tells Sai that the few authorities are taking Pulkit’s car away.

The authorities tell Aniket that few local people complained about the car being there for two days and that’s why they are taking it away.

Sai tells Aniket to note down the address from where the car was picked up she will reach the place in few minutes.

Upcoming Gum Hai KisiKe Pyaar Mein (GHKPM) (tomorrow) episode update: Pulkit sends his kidnapped video to Sai. Sai gets shocked and thinks to show it to Bhavani. While going to Bhavani's room, she listens to the discussion of Bhavani and Ninad saying that their plan may get spoiled as Pulkit has sent his video to Sai.