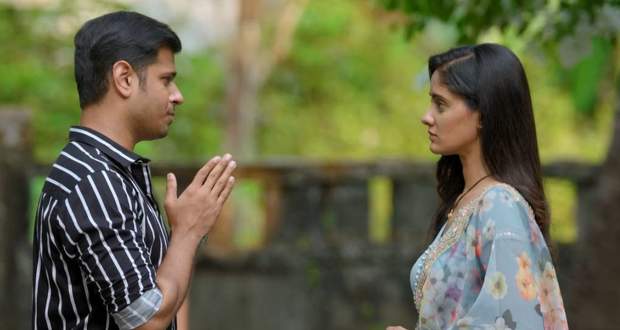 Virat tells Sai that he has found out the truth and real culprit behind Pulkit’s exchanged documents.

Sai vents out her anger on Virat as he tries to ask her for forgiving him.

She repeatedly declines his request for coming back with him to Nagpur.

Meanwhile, Usha tries to explain to Sai that Virat has understood his mistake and she shall give him a chance to improve.

Sai answers Usha with a grimace by saying that she doesn’t believe in him as he was not with her when she needed him the most rather he just lashed her out of the house.

Virat with tears in his eyes sternly requests Sai to forgive him as he has hurt her and his mother a lot.

Sai tells Virat that she is not going to come back with him for the sake of Ashwini’s love as the Chavan family has hurt her self-respect a lot.