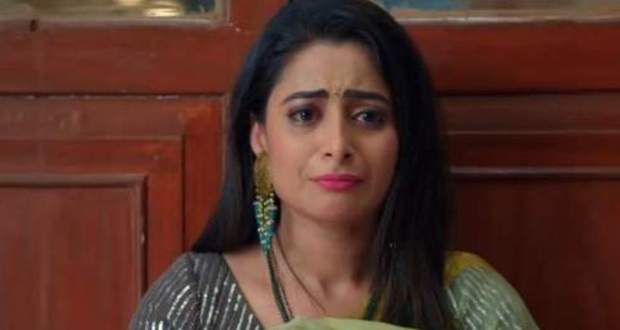 Today's Gum Hai Kisi Ke Pyaar Mein 23 February 2021 episode starts with Ashwini bringing food for Usha and telling her to eat while she says that she can't eat by breaking Sai words.

Usha tells her that Sai is going to leave the Chavan mansion while Ashwini goes to Sai's room.

Meanwhile, Sai and Virat are having fun while Sai tells him that she won't eat of he won't eat with her and they both feed each other.

Sai feels dizzy and Virat helps her lay down while Bhavani tells Pakhi that Virat hasn't eaten anything since the morning.

She tells Pakhi to bring Virat downstairs while Virat feeds Sai with his own hands and makes her feed him.

However, Pakhi comes there and mockingly claps saying that everyone should know about this.

She subtly insults Sai while Virat asks her why she is feeling bad about it.

Sai takes a stand for herself while Pakhi says that she is disrespecting her.

However, Virat says that she is the one who started taunting her.

Pakhi insults Virat and goes to her room.

She wrecks her room while her mother calls her to inform her that she will come tomorrow to meet her on the occasion of Mahashivratri.