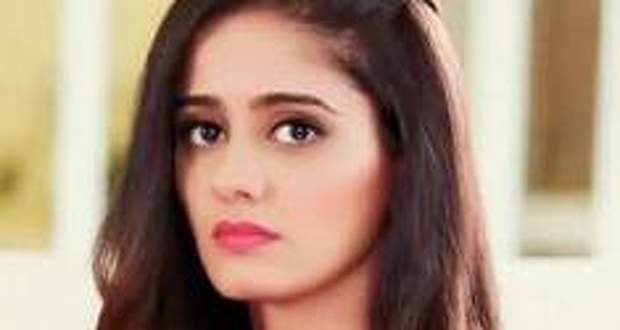 Sai checks the car and finds all the things scattered.

Madhuri tells Sai that Pulkit always keeps his wallet with himself he must be in some trouble that why he left his wallet in the car.

Sai tells Madhuri that they shall make a police complaint. So, that they can immediately locate Pulkit.

Bhavani, Ninad, and Omkar come to know that Sai is going to the police station to register a complaint. To stop her Bhavani makes a plan.

She tells Omkar to make Daadu send a voice note in Pulkit’s voice to Sai.

Daadu threatens Pulkit and makes him record the message.

Daadu sends the voice note to Sai which mentions Pulkit is saying that Sai should not interfere in the matter and close Devyani’s chapter forever.

Sai believes in it and comes home without registering the complaint.

Later, Daadu is drunken and mistakenly he drops Pulkit’s mobile. Pulkit sees the mobile as a chance to escape by sending a video to Sai.

Sai tells Bhavani that she got a voice message from Pulkit saying that he is deceitful and dishonest.

Ninad asks Sai that does she believe in them about Pulkit. Sai replies that she is still doubtful when Virat comes back he will take the charge of Pulkit’s case.