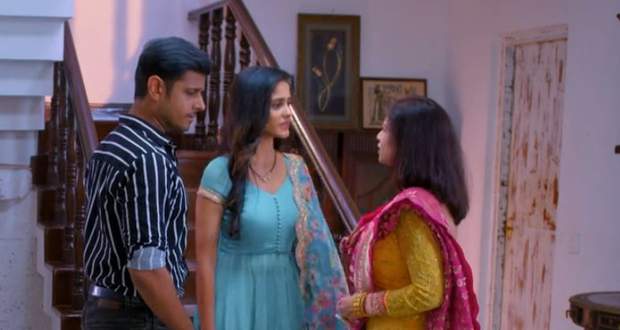 Meanwhile, Sai tells Barkha the exact reason behind her refusal to go back with Virat as he and Chavan family have humiliated her a lot.

Sai gives a situation to Barkha and asks her what would she have done at that time. This makes Barkha curious and she says that she would have chosen her self-respect over anything.

Sai tells Barkha that she is doing the same.

Meanwhile, Usha again tries to console Sai by saying that her in-law's house is her own and she shall return back.

But, Sai sternly refuses to go back and Virat returns back to Nagpur with a heavy heart.

At the Chavan’s mansion, Ashwini gets excited as Virat comes back home and asks him about Sai.

Later, Patralekha interrupts and says Sai is a very good emotional player and knows how to make people by her side. This makes Virat furious and he shouts at Patralekha.

Ashwini tells Virat that maybe it would be difficult this time but he should bring Sai back home soon.