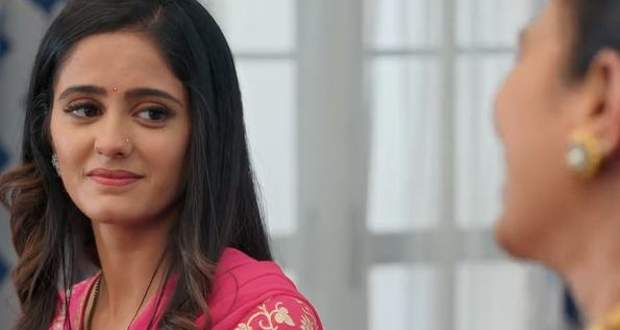 Later, Virat goes to Pakhi's room and expresses his anger on Sai with Pakhi while Pakhi gets the opportunity to bring Virat close to her. At the same time, Ashwini takes Virat to the dining hall.

Further, Virat apologizes to Ashwini for insulting her the other day while she feeds her the food. Meanwhile, she praises Sai for standing for the family whenever something goes wrong and they talk happily.

On the next day morning, Sai wakes up early and gets to do the chores in the kitchen while Shivani guides Sai on handling Virat's temper. She further asks Sai to serve the food to Virat on time.

Elsewhere, Bhavani asks Patrlekha to do the arrangements for Basant Panchami's Pooja and she says that she will insult Sai in front of all the ladies.

Later, the Chawan ladies start preparing for the Pooja and at the same time, Devyani comes there and asks Ashwini about the arrangements. Meanwhile, She explains it to Devyani.

Further, Bhavani asks Usha to apply the Alta on ladies feet while Usha tells Bhavani not to feel bad about Sai's behavior and Ashwini supports her.

Meanwhile, Bhavani places an accusation on Ashwini telling her that she is tempted by Sai's money which is why Ashwini is supporting Sai.

On the other hand, Virat recollects Sai's words about Aniket and gets lost from work while he decides to do a round up at the police station which is in Sai's college area to know about Aniket.