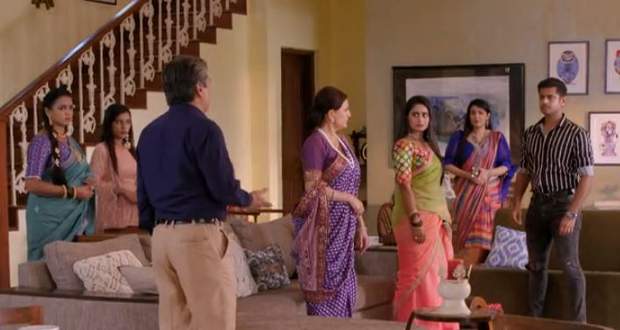 Virat gets furious with Patralekhs and tells her to stop the nonsense she is talking about Sai.

Meanwhile, Ashwini gets emotional and says everyone in the house hates Sai but she wants Sai to come back home.

Later, Bhavani tries to inflame Virat against Sai this makes Virat frustrated and he holds the Chavan’s responsible for turning him against Sai.

Virat tells Ashwini that until and unless Sai forgives him heartedly he won’t force her to come back home.

Further, Sai misses Ashwini at Barkha’s house as she brings Aamraas for her she tells Barkha that how only Ashwini was by her side.

Barkha advises Sai to forgive Virat and give him a second chance this makes Sai upset and she says Virat left her when she needed him the most and now it's difficult for her to forgive him.