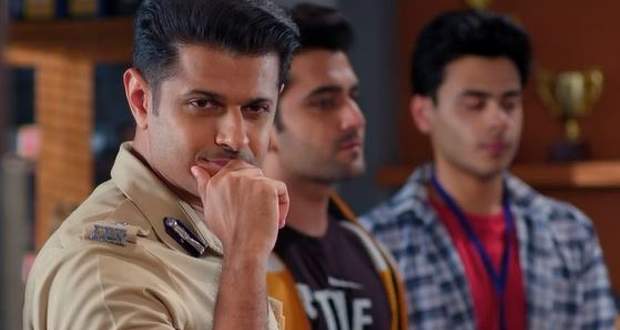 Later, the Chawans create a scene against Ashwini while Pakhi stops them and they resume their arrangements for the Basant Panchami Pooja.

Elsewhere, Virat and his inferiors visit Sai's college as Vira wants to meet Aniket and turn him down.

Meanwhile, the college deen comes there and takes Virat to his room. Later, Virat asks the deen to call Aniket.

Further, Aniket arrives at the deen's office while a funny scene creates over there between Aniket and Virat.

On the other hand, at Chawan mansion, Bhavani asks Pakhi to recite the Bhagvat Geeta while she adds it as a responsibility to Pakhi.

Meanwhile, Sai arrives at the Chawan mansion and Usha asks her to apply Alta on her feet. At the same time, Sai says that she is allergic to Alta while Pakhi tells that Sai is finding excuses.

Later, the Chawans taunt Sai about giving fake reasons to escape from Alta while Sai stays adamant on her word.

© Copyright tellybest.com, 2020, 2021. All Rights Reserved. Unauthorized use and/or duplication of any material from tellybest.com without written permission is strictly prohibited.
Cached Saved on: Tuesday 9th of March 2021 03:56:09 AM