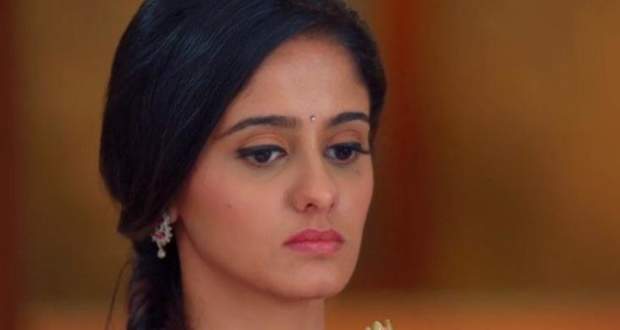 She then orders Pakhi to make sure Devyani doesn't come of her room while Sai and Virat return home.

Sonali praises Pakhi saying that she hasn't eaten anything since last night and is fasting for Samrat while Pakhi says that she is doing it for Bhavani.

Virat gives the Prasad to Bhavani and tells her to give it to everyone while breaking the fast.

Bhavani asks him why he gave it to her while saying that for him Sai is bigger than them as he insulted them by going with her to the temple.

Virat says that they shouldn't fight today as it's Mahashivratri while Sonali asks him if he told that to his wife.

Sai responds that she won't do anything but Mahadev will while Bhavani complains to Virat about her.

Ashwini tells Virat to get 108 Balvapatra and sends him away while taking Sai with her.

She tells Sai about the importance of a couple praying together on the occasion of Mahashivratri and tells her to pray for Virat amd consider him as her husband by heart.

Meanwhile, Pakhi overhears them while hiding and gets jealous.

Everyone's eyes are closed in meditation while Sai goes to Devyani's room and gets angry seeing her locked inside.

She walks in to see Devyani crying and takes her to her room.

Sai gets her ready while telling her that her husband Pulkit Deshpandey is coming to meet her today.

Meanwhile, Pakhi notices Sai missing and goes to check on Devyani thinking that Sai might be there.

She checks the room and finds Devyani missing after which she informs Bhavani of the same.

Pulkit walks in and introduces himself as Dr. Pulkit Desphande while Bhavani gets worried.