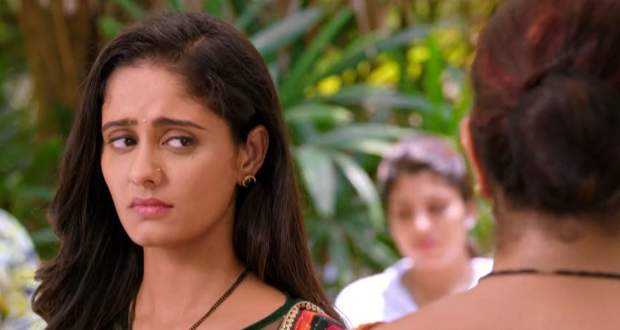 She comforts Usha by saying that she will take care of herself.

Ashwini furiously tells Patralekha to stay away from Virat and his personal matters.

Meanwhile, Virat misses Sai and gets emotional. He asks Ashwini whether Sai will come back home or not this makes Ashwini upset but she tries to comfort Virat by giving him hopes.

Later, Sai meets Pulkit and he asks Sai to forgive Virat but she says that she wants to forget Virat and his memories.

Further, Ashwini accuses Bhavani for creating misunderstanding among the Chavan’s and inflaming everyone against Sai.

Virat leaves for an important mission this makes everyone worried at home but Ashwini stands strong and says to Virat to come back as they need to plan and bring Sai back home.