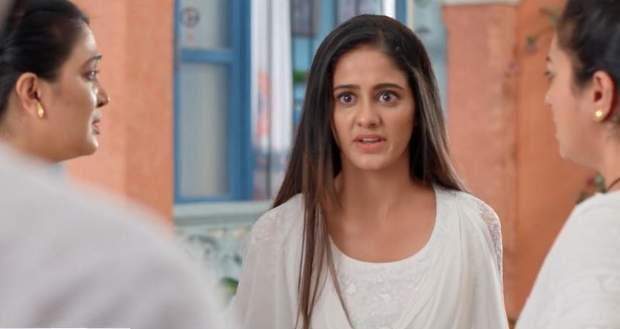 Today's Gum Hai Kisi Ke Pyaar Mein 28 December 2020 episode starts with Pakhh being dejected and not being able to sleep after seeing Virat and Sai so close.

While Sai gives Virat green tea, Virat says that tomorrow she has to go to college for her admission.

Virat says that Sai was missing him when she was not there.

Now, Virat holds Sai's hand and wants her to show the file.

Pakhi asks Kaku that from Samrath's office, there is a letter that they want her to claim for some money.

Pakhi denies taking it, to which Kaku says that she should claim that money. Now, Kaku goes to Virat to ask him to take Pakhi to the office. Meanwhile, Virat asks Sai to get ready.

Karishma says that Virat and Sai are going somewhere. Now, everyone criticizes Virat due to his casual behavior towards his duty.

He says that he is performing his duty and that he has the responsibility to make Sai a doctor.

Immediately, Kaku stops Virat asking him to obey the rules of the house.

© Copyright tellybest.com, 2020, 2021. All Rights Reserved. Unauthorized use and/or duplication of any material from tellybest.com without written permission is strictly prohibited.
Cached Saved on: Thursday 28th of January 2021 10:42:00 AM