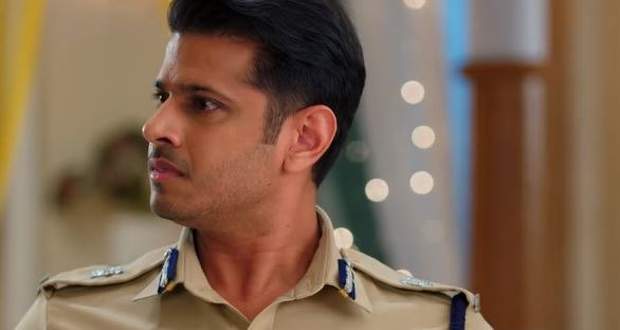 Elsewhere, Ashwini helps Sai to get ready for the Pooja while she explains to Sai that Virat adores Sai and have feeling for her. At the same time, Sai refuses to accept Ashwini's words.

Later, Sai thinks about Ashwini's words after she leaves. At the same time, Virat arrives at home and asks for Sai.

Simultaneously, the Chawans start complaining about Sai's refusal on applying the Alta while Virat gets shocked.

Bhavani further asks Virat to send Sai away from the Chawan Nivas if she cannot behave politely with family while Pakhi also kindles Virat's annoyance.

Later, Ninadh asks Virat to leave the house with Sai or to send her alone while Virat decides to talk with Sai.

Meanwhile, Ashwini calls Sai to come to the hall while she answers from her room while Ninadh humiliates Ashwini on supporting Sai.

Simultaneously, Sai arrives at the hall, and Virat gets mesmerized by seeing her beauty.

Later, he questions Sai why she did not wear Alta while Sai tells that she wore it and shows her feet.

© Copyright tellybest.com, 2020, 2021. All Rights Reserved. Unauthorized use and/or duplication of any material from tellybest.com without written permission is strictly prohibited.
Cached Saved on: Tuesday 2nd of March 2021 11:10:31 AM