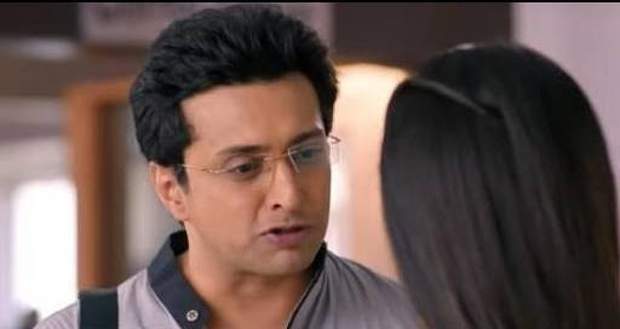 Further, Bhavani comes to know that Sai made a ploy against her to reach Pulkit by threatening her, Ninad, and Omkar.

Ninad tells Bhavani that they didn't spot Sai coming behind them. Bhavani tells Ninad and Omkar to come back home.

Sai calls Bhavani and tells her she will definitely find Pulkit and prove him innocent. Bhavani replies to Sai as she doesn't know anything that she is talking about.

Meanwhile, the goons drop Pulkit back at his house. Madhuri tells Sai that Pulkit is back home.

Bhavani discusses with Ninad and Omkar that even if Sai comes to know about the truth she doesn't have any proof to tell Pulkit is innocent as all the evidence is against him.

Simultaneously, Pulkit tells Sai that whatever Chavan family did with him was to keep him away from Devyani and their intention was not to kill him.

Sai replies by saying that she will punish them by sending them all to jail. Pulkit tells Sai that she won't be able to do that as Virat will get hurt.

Pulkit requests Sai to bring Devyani back to him.