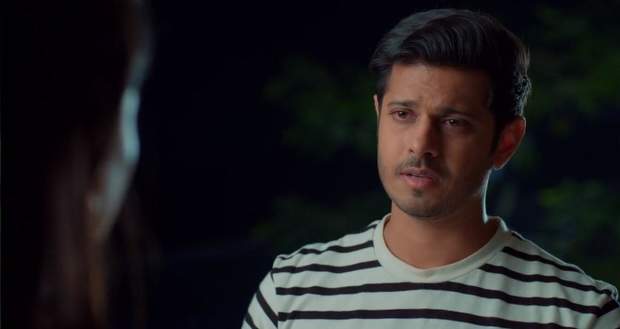 Today's Gum Hai Kisi Ke Pyaar Mein 2 December 2020 episode starts with Virat trying to give an explanation of his marriage to Bhavani. He apologises to his family members and asks them to understand his situation.

Ashwini cheers up Sai and says that she will always support her. She tells Sai that she has faced a lot of difficulties after her marriage but never gave up.

Sai informs Ashwini that she will leave Virat’s house once she will become a doctor. Ashwini gets emotional and asks Sai to not to think of leaving the Chavan house ever.

Karishma gets excited to imagine the scene Bhavani will create the next morning. Meanwhile, Virat meets Pakhi at the terrace late at night.

He tells Pakhi that his marriage is just a deal and nothing else. He tells her that Sai will never expect anything from him.

Sai overhears their conversation, while Pakhi tells Virat that she doesn’t have any feelings for Samrat.

She questions Virat about her importance and value in his life. Virat tells her that she is his best friend and will always support her.

He requests Pakhi to become Sai’s mentor and to always guide her the right path. Pakhi misunderstands him and questions him about his care for Sai.

© Copyright tellybest.com, 2020, 2021. All Rights Reserved. Unauthorized use and/or duplication of any material from tellybest.com without written permission is strictly prohibited.
Cached Saved on: Sunday 17th of January 2021 10:52:54 AM