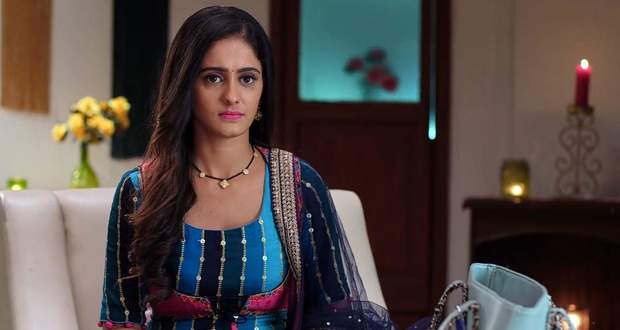 Today's Gum Hai Kisi Ke Pyaar Mein 2 February 2021 episode starts with Virat remembering his interaction with Viji whole the doctor tells him that they are waiting for Viji's father to wake up.

Elsewhere, Omkar asks Mohit why he is not at the office while Mohit reveals that he quit his job due to which Omkar, Ninad and Bhavani insult him and Karishma.

Karishma speaks up while Bhavani gets angry at her and tells Mohit to find a job in seven days.

Ashwini cheers up Mohit and he says that he will find a job because it is about him and his wife's honour.

Later at night, Sai takes about Virat to the picture of his father while she keeps remembring Virat and wonders why he isn't home yet.

She calls him while Viji is playing on Virat's phone keeps declining Sai's calls.

Pakhi sees Sai talking to herself that Virat isn't picking up her call's and taunts her saying that maybe Virat is ignoring her.

Virat's phone's battery dies while Sai gets worried and calls the DIG and asks him about Virat.

He tells her that he'll find out and inform her while Pakhi wonders why Virat isn't home yet and thinks that he and Sai fought due to which Virat didn't come home.

She decides to tell the family about Virat's absence while Sai reaches the hospital with food.

Virat asks her how she knew his location while she says that she knows people and he informs her that the child's father's name is Samrat and thinks about his brother, Samrat.

She tells him that she will feed him with her own hands as Viji is asleep in his lap and feeds him.