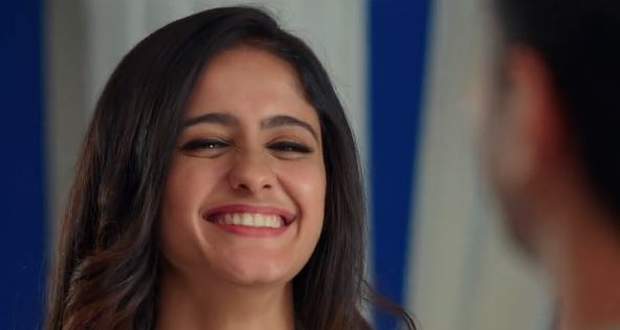 Ghum Hai Kisi Ke Pyaar Mein 2 January 2021 Episode starts with Patrlekha suggesting Virat move out. Virat says that he would never do that.

He asks Bhavani to modify the rules of Chawan's mansion.

Patrlekha calls her parents and informs them that she told the Chawan family about joining a job.

They say her not to compare herself with Sai. Karishma listens to her conversation.

Sai feels happy about Virat supporting her in front of the family. She wears Virat's white shirt and her earphones like a doctor. She speaks to her father's photograph.

Virat eavesdrops on her talk. Sai thanks Virat and apologizes to him for bursting the balloons. Virat says that Sai is totally weird. They both chat sweetly.

Bhavani plans to feed eleven Brahmins on the occasion of the Prabhodini Ekadashi and thinks of teaching Sai a lesson.

Sai prepares everything for her first day at the college. Shivani explains to Sai about the bus routes to her college.

She says that she believes in Sai and supports her.

Bhavani arranges everything for the event and she calls the pandit to take the Brahmins to Chawan's mansion.

Virat asks Sai that he will drop her at college but Sai says that she has prepared to go by herself.

Virat appreciates her and gifts her a pen inscribed with her name. Sai thanks him with a note.