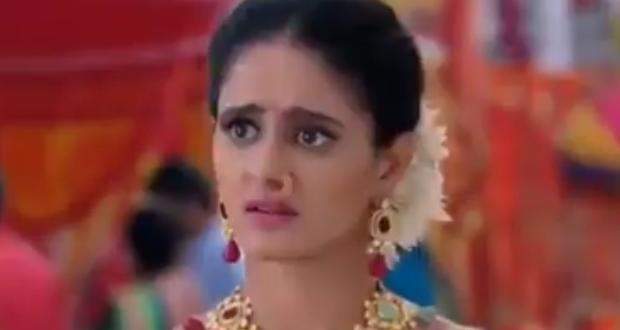 Today's Gum Hai Kisi Ke Pyaar Mein 30 March 2021 episode (GHKKPM) starts with Virat at the doorstep while Ashwini thinks that he came back earlier than Sai.

He greets the elders and takes their blessings while questioning Ashwini why she seems tired.

Ashwini reveals to this about Sai not being home since the last night and gets worried.

However, Sai comes downstairs from the staircase shocking everyone.

Virat questions her in front of everyone while she responds to him and lies with the help of Usha.

She talks to him while Bhavani gets tensed thinking that she might've told the truth to Virat.

Usha takes Sai inside her room and confronts her as to why she wanted her to let her in through the backdoor.

Sai manages to convince her to not interfere in her blame and goes to Bhavani's room.

Bhavani is talking with Ashwini while telling her to not talk about any drama to Virat as it is a Holi celebration.

Sai is messaging on the phone while Virat snatches it and asks her if she is talking to Pulkit.

She agrees and they argue while he points a gun at her shocking her.

However, it turns out to be a water gun and he sprays water on her while she is going after him.

They fall on the bed while he tells her that he has a gift for her and makes her wear colourful bangles.

Virat asks her for forgiveness and she tells him that he is already forgiven.

© Copyright tellybest.com, 2020, 2021. All Rights Reserved. Unauthorized use and/or duplication of any material from tellybest.com without written permission is strictly prohibited.
Cached Saved on: Thursday 29th of April 2021 06:29:08 AMCached Disp on: Thursday 6th of May 2021 06:33:15 AM