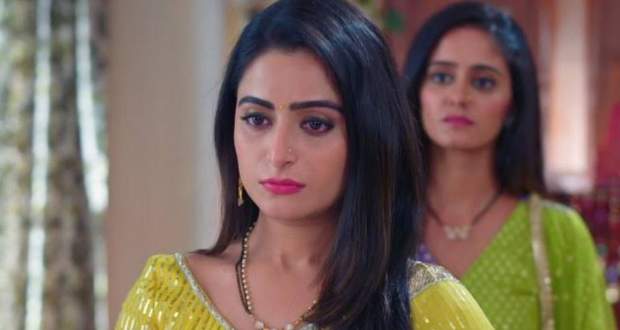 Today's Gum Hai Kisi Ke Pyaar Mein 4 February 2021 episode starts with Pakhi thinking that Sai will not let her and Virat go together while Karishma gets jealous that Pakhi will get to visit Ladakh.

However, Ashwini suggests sending Mohit as Virat has work at the office but Bhavani and Ninad deny.

Pakhi says that she can go alone while Virat says that he will go with her as any matter related to Samrat is the top priority for him.

Ashwini tells him to book three tickets as Sai will also go with Virat when Sai says that she doesn't want to go due to studies.

However, Ashwini tells her that she didn't ask her but told her while Pakhi accuses Ashwini of sending Sai to spy on them.

Sai says that her education is important and why would she ruin their plan and is about to leave when Pakhi grabs her hand and says that she again insulted her.

Sai tells her to honestly answer if she wouldn't be bothered by her joining the trip while Virat tells her to come with him as they are getting late.

On the way, Sai gives Khadoos Jasoos nickname to Virat while she gets amused by it.

They talk about expressing love on Valentine day while Karishma gets angry at Mohit for denying to take her out to a candlelight dinner.

Sai meets Pulkit and returns his book while they chat.

Sai tells him about her in-law's and reveals that her marriage is a deal which she reminds his husband a lot.

Sai asks him if all marriages result in failure and think that he has suffered pain after hearing his reply.

Sai wonders if she should ask Pulkit about his life but restrains and talks about Ashwini and Devyani without taking their names.