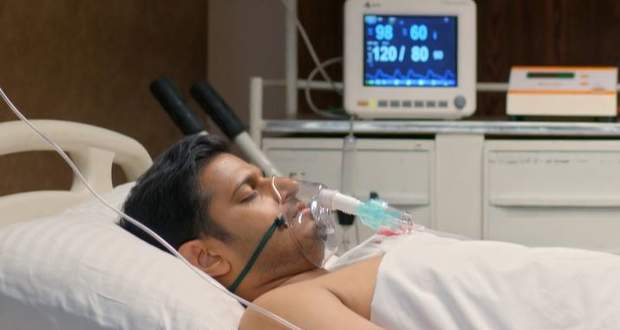 Today's Ghum Hai Kisi Ke Pyaar Mein (GHKKPM) 5 May 2021 episode starts with Sai giving a harsh answer to Patralekha for not allowing her to meet Virat.

Sai tells Patralekha that Virat will decide who stays with him.

Later, Sai gets overwhelmed with emotions upon seeing Virat in a bad condition.

She feels guilty for not receiving his calls and bringing her ego in between.

In between, Ninad tells Patralekha to stay with Virat and take care of him which makes Patralekha feel happy.

Ninad says that he wanted a daughter-in-law who will keep the house members together but Sai has failed to do so.

Further, Sai talks to Devyani rudely as she tries to irritate her.

Pulkit tries to make Sai understand that Virat needs her at the moment and she should be with him.

Sai answers Pulkit saying that she doesn't want to go back to Virat's life and Chavan mansion.

Pulkit advices Sai that she should go to the hospital only if she wants to be with Virat for a lifetime.