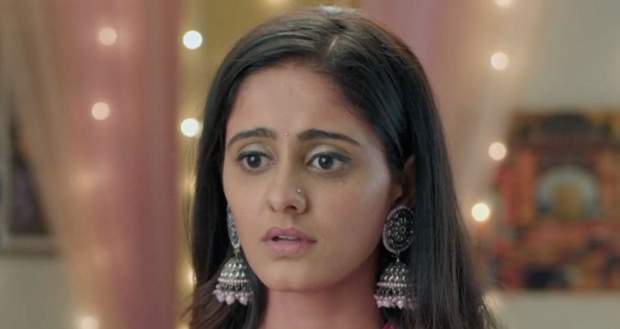 Virat calls Sai but she does not pick up the call and he throws his phone in anger.

Meanwhile, Pakhi gets the letter from her locker ans is about to burn it but stops thinking what she would do if Virat asks for it.

Virat comes downstairs while saying that Sai has broken his trust while Pakhi and Ninad try to manipulate him.

Devyani asks Pulkit about Madhuri while she introduces herself to Devyani and says that she is Pulkit's sister.

Sai gets a message from Virat asking her if Devyani is with her while Madhuri asks Sai what she will do now.

Devyani asks Pulkit what about their baby while saying that she was going to be a mother and Pulkit reveals to her that they have a daughter Harini.

He promises to have them meet each other after marriage.

Meanwhile, Pakhi burns the letter in half and puts it in the dustbin after which she fakes being shocked when Sonali discovers it and accuses Sai of doing it.

Madhuri compliments Devyani while Sai says that it is time for her to go home as they might be suspicious but Devyani stops her saying that she will not marry if Sai leaves.

Sai takes the outfit that Madhuri has given while thinking about Virat.

Meanwhile, Virat is in the car amd says that he hopes Sai has not taken Devyani to Pulkit.