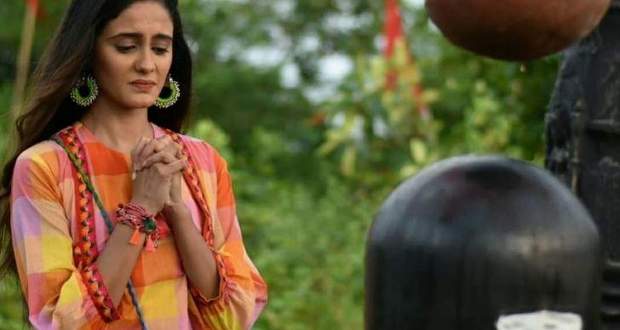 Today's Gum Hai Kisi Ke Pyaar Mein 8 December 2020 episode starts with Sai questioning Virat if he thinks of her as a hot-tempered woman.

Pakhi's parents come to Sai-Virat and congratulate them for their marriage, while Virat thanks Pakhi for grooming Sai.

At the same time, a guest talks about Sai and Virat's age gap which angers Sai. Further, Virat confronts the guests and tries to pacify Sai.

Karishma taunts Pakhi when the latter is told to distribute the money to poor people and to pray for Sai-Virat's marriage.

Ninad orders Sai to touch the guest's feet and to get their blessings while taunting her for not having manners. Sai declines to do it which angers the Chavan family and all of the family members start scolding her.

Virat takes a stand for Sai that gives a huge shock to Bhavani. She talks ill about Kamal which puts Sai in a bad mood and she warns them to not talk bad about her father.

Bhavani gets surprised by Sai's warning and threatens that she will leave the house. Virat tells Sai to stop Bhavani as she is very important to him.

Sai plays reverse psychology on Bhavani and tells her that her room will be occupied by Usha if she leaves the house.

Bhavani gets angry and says that she's not going anywhere which makes Virat happy. Sai's trick makes Ashwini astounded while Virat admires her from afar.