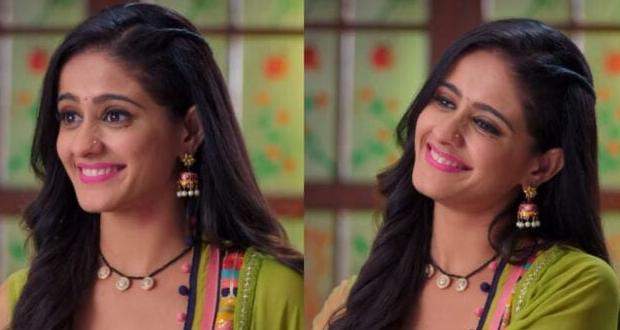 Today's Gum Hai Kisi Ke Pyaar Mein 8 February 2021 episode starts with Virat asking Sai how Pakhi knew about him giving her flowers when she responds that she may have seen their pictures on Ashwini's phone.

Further, Virat tries to convince Sai to come with him to Ladakh and succeeds by saying that he would like it if she comes with him and tells her to pack their bags together.

Later, Virat meets Pakhi who argues with him for giving Sai flowers.

Next morning, Pulkit and Sai talk about Virat and she says Virat's full name while Pulkit gets shocked hearing the surname Chavan and reminisces his moments with Devyani.

He wonders if Devyani and Sai are related in any way while Devyani dresses up and says that he wants to go to meet her husband while Bhavani tells others to lock her up.

Virat sees everything and convinces Devyani to go to her room while Bhavani says that no one should talk about it.

Later, Pakhi goes to Virat's room and tells him to give his clothes to her to pack together while Sai wonders why he isn't talking about her coming with them.

Sai interferes in their conversation which creates an argument between the three.