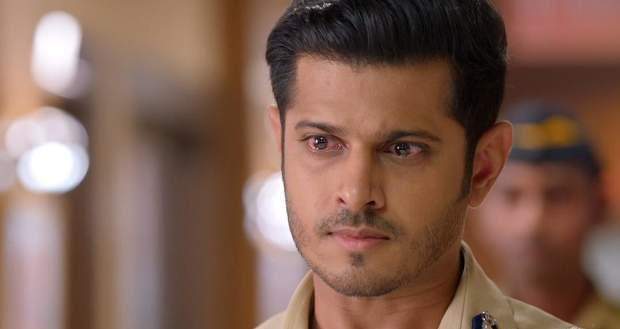 Today's Gum Hai Kisi Ke Pyaar Mein 9 February 2021 episode starts with Pakhi taunting Sai that she is bothered by Virat and her going to Ladakh and is just acting.

She goes while Sai asks him why he didn't tell Pakhi that she is coming with them to Ladakh when Virat tells her to focus on packing their bags.

Later, Sai goes to Devyani and asks her why she is sad to while Devyani tells her that her husband would be watching for her but she couldn't go because Bhavani stopped her.

Sai offers her phone to call him but Devyani says that she doesn't know his number when Sai once again asks for her husband's name.

Sai goes to the kitchen and informs Ashwini that she is going to Ladakh with Virat and Pakhi with makes her happy.

Meanwhile, Sai meets Pulkit in collage and greets him. Pulkit wonders if Devyani is from her family and discreetly talks to Sai about her in law's and asks her what is her sister-in-law’s name.

Sai tells him about Devyani and says that her name is Devyani Chavan which shocks him and he goes away wiping his tears while Sai thinks that he got emotional hearing Devyani's story.

At the same time, Sunny nooks flight tickets for Virat and asks him if he told Pakhi that Sai is coming with them to Ladakh while Virat says that not yet but will tell her suddenly so that she can't refuse.

Later, Sai tells Virat to go her the flight details so that she can take a leave from college and tells him that it is her first time going on a flight.

She retells how Kamal promised her to take her to Siddhivinayak temple but couldn't do so while Virat says that maybe they will go there sometime.

Upcoming Gum Hai KisiKe Pyaar Mein episode update: Virat announces to everyone that Sai is going with him and Pakhi.