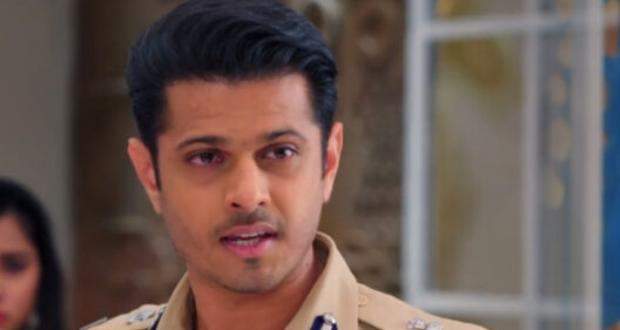 Today's Gum Hai Kisi Ke Pyaar Mein 9 March 2021 episode starts with Sai getting information that she has gotten two scholarship while the principal comes there and tells her that she gave an application for the second scholarship and praises her.

Pakhi calls Virat and again instigates him against Pulkit says that she heard Ninad and Bhavani saying that he is already married.

Sai comes to Ashwini and shows her the first she brought for her, Devyani and Virat.

Meanwhile, Virat meets Madhuri at the bank and talks to her while asking her if she knows how Pulkit found Harini.

Later, Bhavani and Sai are arguing while Pakhi signs Bhavani to not argue and takes her away while Sai wonders why Pakhi is acting strange.

The next morning, Sai puts Virat's gift at the table for him as she heard his footsteps and starts reading her books.

Virat comes there and opens his gift while thinking that Sai is in a good mood.

Suddenly, a scary toy comes out of the gift while Sai starts laughing.

He opes the closet to find another gift but doesn't open it as she is angry at Sai.

He gives her the money taken from the bank and goes into the changing room while Sai tells him to open his gift but he denies it.

He opens the door and thinks that Sai is not in the room and eagerly opens the gifts to reveal a plant with thank you written on the pot.

He praises Sai while she gets happy and says that they should go for Pulkit Jiju's shopping while he asks her what should she call her husband as they have also married.