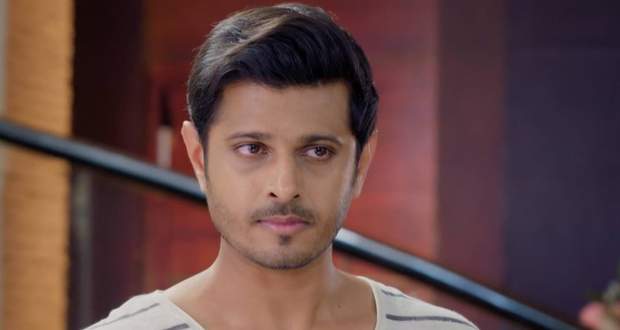 Today's Ghum Hai Kisi Ke Pyaar Mein (GHKKPM) 10 June 2021 episode starts with Sai taunting Virat by saying that he doesn't have the guts to accept the truth and tell it to everyone.

Sai tells everyone that she will always stay strong and won't let any injustice harm her as she is confident with her actions and behavior.

Later, Patralekha gets emotional and swears that she won't forget her insult in front of everyone.

Patralekha expresses her emotions sadly by saying that she was expecting someone to confront Sai on her behalf but no one did that.

Further, Virat tells his Commissioner that he will be joining his duty soon.

On the other hand, Karishma tells Bhavani that Patralekha hasn't eaten anything since morning which makes Bhavani worried.

At the same time, Ashwini taunts Bhavani as she cares for Patralekha and doesn't even ask about Sai.

In the college, Pulkit requests Sai to come with him to his home so that she feels better spending time with Harini and Devyani.

At the Chavan's mansion, Bhavani brings Patralekha to Virat's room and tells him that she hasn't eaten anything since morning.

But, Virat ignores it, and instead, he asks about Sai.

Again, Patralekha gets furious with Virat and tells Bhavani that it is of no use as Virat doesn't care about her anymore.

Upcoming Ghum Hai KisiKe Pyaar Mein (GHKPM) episode update: Sunny tells Virat that Sai has started to love him that's why she is getting insecure about Patralekha.

© Copyright tellybest.com, 2020, 2021. All Rights Reserved. Unauthorized use and/or duplication of any material from tellybest.com without written permission is strictly prohibited.
Cached Saved on: Tuesday 28th of June 2022 08:29:14 AM