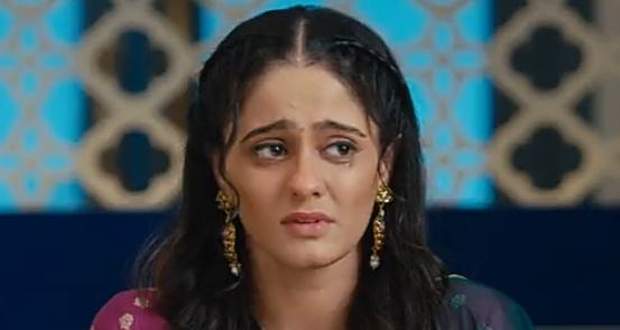 Sai stands up for herself and tells Ashwini and Ninad that they should accept Shruti as their daughter-in-law.

Samrat tells her to not support Shruti who ruined her life while Sai says that it is Virat who betrayed her and not Shruti after which Ashwini says that they have seen love in Virat's eyes for her.

However, Sai says that Virat likes Shruti and she doesn't want to become a hindrance to him while Mohit blames himself for Sai leaving saying that he shouldn't have revealed Virat's truth.

Just then, Virat comes downstairs and Pakhi taunts Sai for not informing them about his presence at home.

Ninad and Ashwini scold Virat asking if he was with Shruti while Pakhi asks him if he is willingly letting Sai leave.

Ashwini tells Virat that she won't let him bring Shruti into the house by letting Sai go while Bhavani tells him that he ruined the family name.

The Chavan family insult Shruti and question Virat while he tells them to not speak wrong of her when she is not present and that Sai and Shruti both have different places in his life.

Suddenly, Ashwini rebukes him for leaving Sai and tells him to leave the house so Sai can stay with them.