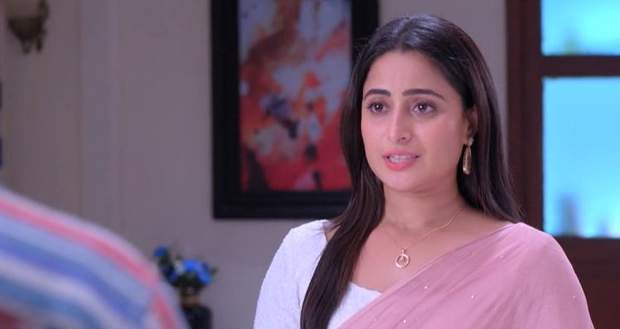 She tells her in a low voice that she is well aware of her intentions toward Virat.

Sai advises Patralekha to get a tattoo for nine months that will remind her that it is SaiRat’s child and not hers.

Patralekha tells Bhavani that she is not ready to get any kind of treatment from Sai.

Bhavani tells Sai to back off and do as Patralekha wishes for she is carrying the heir of Chavan’s family.

Later, Sai dreams about being pregnant and having a daughter whom they take to school.

Virat consoles Sai for not being able to get pregnant the way she wants.

SaiRat is making plans for their daughter when Patralekha calls Virat to call the doctor as she is having heartburn.

Sai tells Virat to not call the doctor as she has a cure for Patralekha’s problem.

Virat comes to Patralekha's room and tells her that Sai has a cure for her.

Just then, Sai arrives with pillows and tells Virat to go as she can take care of Patralekha.

Later, Sai tells Patralekha that she understands her game very well as she used to get Virat’s attention all the time when Samrat was away.

Sai tells her that equations have changed now and she loves Virat and will not let Patralekha take Virat away from her.

Patralekha tells Sai that she is talking rubbish while Sai tells her that she understands pretty well that she wants to get close to Virat using this pregnancy.

Just then Bhavani comes in and scolds Sai for coming into Patralekha’s room.

Patralekha complains to Bhavani that Sai is playing her doctor while Sai tells them that she is here as a mother of a child so that he is well-taken care of.

Ashwini comes in with a glass of milk and tells Patralekha that Sai is taking good care of her child.

Late at night Sai talks to her child and annoys Patralekha.

The next morning, Sai stops Patralekha from eating spicy food and drinking coffee.

Sonali also shares her thoughts on pregnancy with Patralekha while Karishma looks afraid of being pregnant.

Sai tells Karishma that Patralekha must have weighed the pros and cons before offering to be a surrogate.

However, Bhavani scolds Sai for filling Patralekha's mind with fear and taunts her inability to carry a child full term.