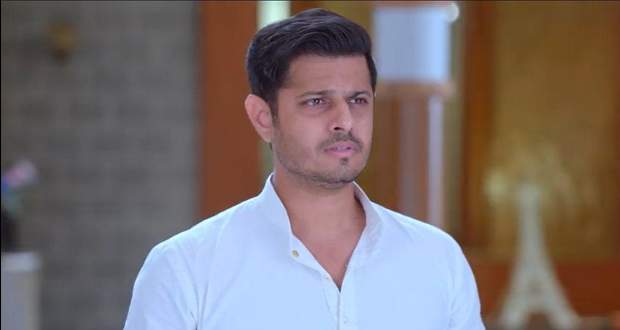 Everyone asks Patralekha to not say anything in anger that she will regret later.

Patralekha questions their loyalty toward Sai and tells Sai that she will never be happy in her life ever from now on.

Everyone is shocked to hear Patralekha while Sai feels hurt and is about to faint when Virat catches her.

Sai looks at Virat questioningly while he signals her to not take Patralekha’s words to heart.

After a while, Patralekha is looking at the goodies from the travelling agency arranged by Samrat and reading a note from him.

Virat is remembering Samrat’s last words when Ninad comes to comfort him and share his grief telling him about his feelings when his brother died at a young age.

He asks Virat to let his tears flow as it is not a sign of weakness.

After a while, Virat is in the room when Sai comes to him asking him whether he also thinks that she is responsible for Samrat’s death.

Virat tells Sai that he was there when Jagthap kidnapped her and knows everything that has transpired but the guilt of not being able to save Samrat is eating him alive.

On the 13th day, all the women are serving food to everyone.

Later, Bhavani asks Sai to serve food to Patralekha but Patralekha refuses to eat anything from Sai.

However, Patralekha tells her that she will never forgive Sai.

Sai stands up to Patralekha and tells her to stop accusing her and cursing her as she is pregnant and will not tolerate it anymore.

Sai tells her that she is also in pain at losing Samrat just like everyone.

However, Patralekha spews poisonous words against Sai and tells her how she wishes that instead of Samrat, Sai would have died.

Virat scolds Patralekha and stops her from saying these things, especially on the day when a Pooja is organized for the peace of Samrat’s soul.

Just then he sees Sai wearing the garland from Samrat’s photo and is shocked to see her like that.