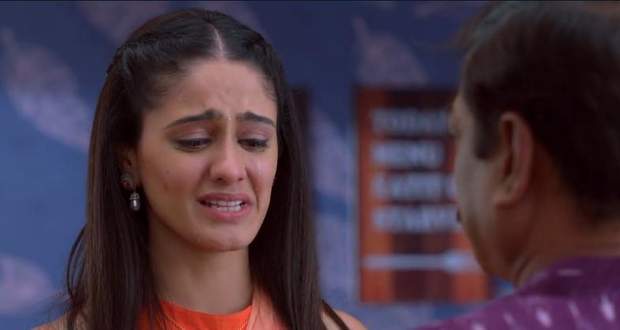 Ashwini begs Virat to be not so bitter however Virat complains to Ashwini for saying harsh words herself in past.

Ashwini cries incessantly at Virat's coldness and asks him to forget and forgive.

Angrily Virat thrashes everywhere and hurts himself and asks the doctor to send everyone out.

Later, Bhavani criticizes Virat's anger while Ashwini blames herself for Virat feeling so dejected and alone.

After a while, Shruti and DIG arrive at the hospital.

On Bhavani’s proclamation of Sai not being a part of the family anymore DIG reminds them of Sai’s sacrifice.

DIG tells the Chavan family of having faith in Virat from the start and explains Virats cautiousness at keeping his family in dark about Shruti.

Hearing of DIG’s faith Ashwini feels ashamed of being a worse mother of the world.

Shruti blames the Chavan family for leaving Virat alone in his time of need.

Samraat and Mohit apologize to Shruti for causing all the trouble.

However, Shruti shames them for distrusting Virat despite knowing him so well.

Meanwhile, DIG approaches Virat and tries to cheer him. However, Virat feels low-spirited and unhappy at being alive.

DIG advises Virat to patch up with Sai for he has seen their love blooming and their happiness lies in being together.

Later, Virat asks DIG to save Shruti and her son from prison as a favor while DIG assures him of doing his best.

In the waiting area, Shruti regrets coming between Virat and his family and apologizes to them whereas Ashwini apologizes in turn for saying rude words to Shruti in the past.

Ninad also apologizes to Shruti and offers to help her in any way and anytime in the future.