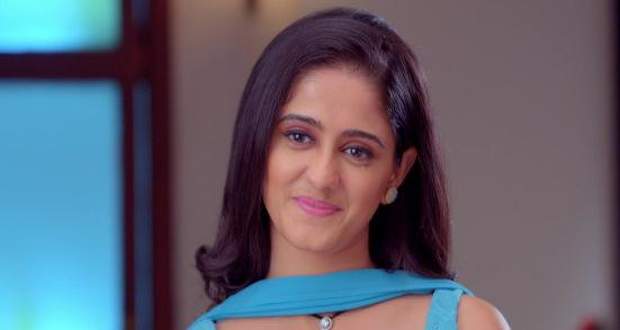 Just then, Rajeev gets punched in the face while Sai exclaims in surprise.

Rajeev offers to explain himself but Virat is not in the mood for it and arrests him for mental torture and fraudulent behaviour.

Sai tries to stop Virat but Virat shuts her up while Rajeev is shocked to hear of Shivani’s suicide attempt.

Virat tells him angrily about Shivani’s sufferance after his disappearance and tells him that he will make sure that he pays for his past sins.

At the house, Sai tries to talk to Virat while he berates her for going to meet Rajeev without asking him.

However, Sai tells him about Shivani’s condition while explaining her reason for meeting Rajeev.

Sai also explains Shivani’s feelings for Rajeev, which she is hiding behind her anger.

Virat questions her place, for passing judgement on Shivani’s feelings while Sai stands her ground, saying that she is sure of Shivani’s love for Rajeev.

Sai also tells him that her only aim at meeting with Rajeev is to get Shivani's truth out one way or the other.

Afterwards, Virat warns her to stay quiet or he might lose his anger.

Sai remains adamant and tries to convince Virat but he asked her to leave him alone.

Meanwhile, Shivani drags Sai into her room and scolds her for interfering in her life.

Sai tells him that she has already met with Rajeev and now he is in jail for torturing Shivani.

Shivani is shocked to hear about Rajeev being in jail.

Sai also tells Shivani that Virat has complained against him on Shivani’s behalf.