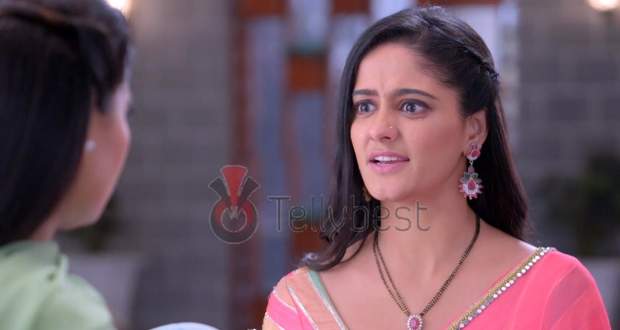 Today's Ghum Hai Kisi Ke Pyar Mein 12th August 2022 episode starts with Sai telling everyone that Patralekha will get her due punishment and no one can stop her from getting arrested.

Patralekha requests Virat not to let her go to jail as Vinayak needs her and also she is mentally fragile.

Virat tells Patralekha that after being betrayed and making a fool of her and attacking his wife that she should not expect any mercy from him.

He also thanks God for not making Patralekha his wife.

Virat gets brutally honest with Patralekha and tells the officers to take her away as he does not wish to see her face.

Patralekha gets on her knees and requests Bhavani to stop her from going to jail.

Bhavani asks Sai to take her complaint back for the sake of the family’s reputation and that she will punish Patralekha for what she has done.

However, Sai refuses to take her complaint back and tells them Patralekha will go to jail.

Afterwards, Virat tries to apologise to Sai but she shrugs and goes away.

Later, Virat swears on Vinayak saying he will not repeat his mistake again.

Sai tells him that it was very difficult for her to stand against Virat and others however his support today goes a long way toward removing the bitterness that his past behaviour has imposed on them.

Virat tries to punish himself for keeping Sai away from her child for 15 days but Sai tells him to never think of ever staying away from the child as Vinayak’s parents will always be with him.

Meanwhile, Sai feeds the child and plays with him while Virat looks at Sai’s happy face and asks her if she is happy now.

Meanwhile, Patralekha is in the lockup and regretting taking these steps to get to Virat.

On the other hand, Sai tells Virat that Patralekha has challenged her at the time of the Gode-Bharai function that Virat will hand over the child to her.

Virat is furious with himself for being a fool and trusting Patralekha to an extent that she succeeds in making him go against his wife.

Sai consoles him saying Patralekha was behaving very different with other members and only showed her true self to her.

Just then, DM calls Virat and asks him to report immediately.

On the other hand, Patralekha is being harassed by other prisoners who call her Bachcha Chor (thief of Children) and ask her to join their gang.

Patralekha tells them to go away but one of them slaps her hard and tells her not to act high and mighty.