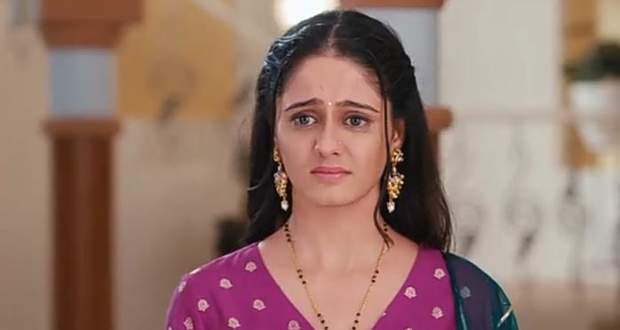 Today's Ghum Hai Kisi Ke Pyaar Mein (GHKKPM) 12 January 2022 episode starts with Virat telling Ashwani that she could have just asked him to leave and not say such hurtful words to him.

Virat is hurt that his own parents consider him wrong.

Neither Sai wants Virat to leave the house nor Virat wants Sai to leave.

Mohit asks Virat to divorce Sai before he continues his life with Shruti which makes Virat shout at Mohit in fury.

Pulkit and Ninad supports Mohit's statement asking Virat to divorce Sai so that she can live with Chavans being their daughter.

Virat denies to give in to the pressure the entire family is putting on him for divorce.

Hearing Virat, Sai informs him that in a few days she will come back with divorce papers to get his signatures on them.

Ninad requests Sai to stay back while Sonali, Omkar, and Pakhi taunt her for making her father-in-law plead with her.

Devyani tells Sai that she can stay with her and Pulkit but Sai politely refuses to say that their moral support is enough for her.

Sai starts saying her goodbyes to the family members and tells Virat to live a happy life.

He is about to help her with the luggage but she stops him and returns the ring while recalling their past moments.

© Copyright tellybest.com, 2020, 2021. All Rights Reserved. Unauthorized use and/or duplication of any material from tellybest.com without written permission is strictly prohibited.
Cached Saved on: Wednesday 19th of January 2022 01:53:24 PM