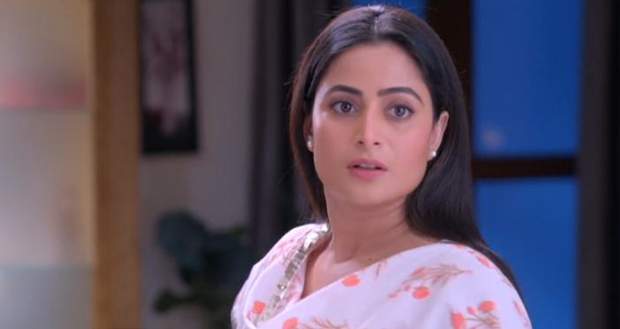 Today's Ghum Hai Kisi Ke Pyar Mein 12th July 2022 episode starts with Bhavani telling Sai not to put ideas in Patralekha’s mind and taunts her for not being able to be a mother.

Sai feels bad but tells Bhavani that her taunts do not affect her as she has accepted the truth and is thankful that due to the process of surrogacy she and Virat will have a child of their own which is a blessing for them.

Soon everyone talks about Patralekha becoming useless after delivering the child and handing over the child to Sai and Virat.

After a while, Patralekha expresses her anger to Vaishali at being discussed as an object of pity after nine months.

Vaishali tells Patralekha that is exactly what she has been trying to tell her from the beginning.

Vaishali also tells her that if the child would have been hers and stayed with her after the delivery then that would have been a different situation but now she will have nothing after nine months.

Partalekha decides to be wicked and not return the child to Sai and Virat after the birth.

Vaishali tries to reason with her but Patralekha had resolved to use emotional sympathy to make Virat give in to her wishes.

Later, Sai comes to give Patralekha some books on pregnancy and finds her decked up as a married woman.

Patralekha tells Sai that from now onwards she will dress like a married woman so the child gets positive energy around her.

Sai tells Patralekha to not bother her with details and asks her to focus on the child for nine months.

After a while, Sai tries to call Geetha to find out about the woman when Virat comes in.

Sai tells Virat about not being able to find the woman while Virat tells her to let the matter go.

Sai accuses Virat of taking the matter lightly and urges him to investigate it.

The next morning, Patralekha comes down all decked up and shocks everyone including the guests.

Bhavani asks Patralekha to explain her change while Patralekha tells her that she is doing it for her child so that he gets good vibes around her.

Just then Sai corrects Patralekha telling her that it's not Patralekha’s child but Virat and her child.

© Copyright tellybest.com, 2020, 2021. All Rights Reserved. Unauthorized use and/or duplication of any material from tellybest.com without written permission is strictly prohibited.
Cached Saved on: Saturday 1st of October 2022 11:40:00 PM