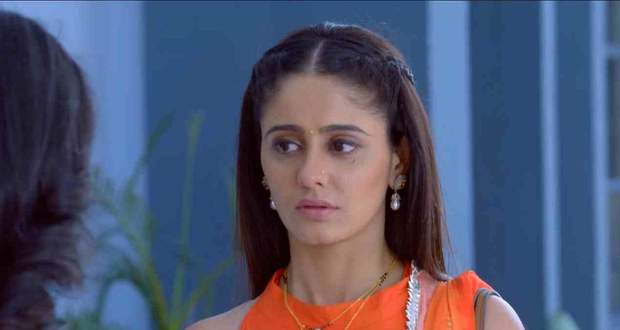 Meanwhile, Virat asks about Sahas and scolds Shruti for coming to the jungle against his instructions.

On Shruti’s mention of Sai, Virat denies having any relation with her.

However, Shruti tells Virat that Sai and Virat are meant for each other and no force is big enough to keep them apart.

Virat ignores Shruti and tells her about DIG making inquiries to help her make a new beginning.

Virat also insists on Shruti not hesitate in asking for anything in future.

In the parking lot, Shruti thanks Sai for doing so much for her and Sahas.

At the same time, Sai asks for Shruti’s forgiveness and blames herself for Virat’s present behaviour.

Shruti justifies Sai’s behaviour telling her that evidence were all pointing towards Virat's betrayal.

Finally, Shruti encourages Sai to not give up on Virat, despite his anger.

Later, Sai assures Shruti that she will definitely win Virat Back.

Meanwhile, Sunny informs Virat about his parents waiting outside and asks him to forgive his family but Virat pays no heed to him.

Eating prasad brought by the Nurse reminds Virat of Prasad prepared by Sai.

After a few days, Virat is ready to get discharged which makes Sunny happy.

While Sunny paints a picture of the Chavan family's happiness on hearing about Virat’s discharge, Virat tells Sunny that he will not be going to the Chavan house.

Ninad tells everyone about Virat getting discharged on the next day making everyone joyous.

Later, Karishma reminds everyone of Virat's resentment and doubts about his coming back to the house.

Realising the truth in Karishma’s words everyone becomes thoughtful.