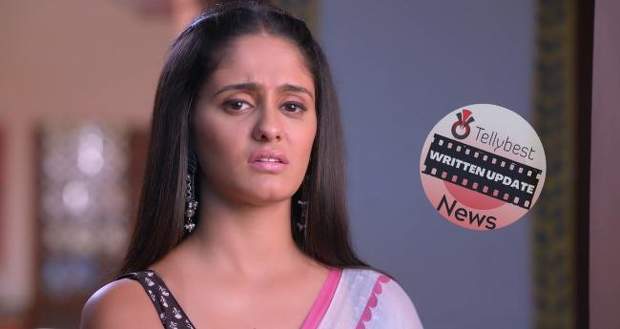 Today's Ghum Hai Kisi Ke Pyar Mein 12th September 2022 episode starts with Ashwini asking Patralekha whether Virat is trying to forget Sai or not and tells her to not dredge up his past again else he will not forget his past.

Ashwini tells her that it is Patralekha’s support that has brought Vinayak back into their life.

Bhavani also comes when Ashwini was assuring Patralekha that soon her efforts will make Virat forget Sai and he will be able to give her a place in his life.

Meanwhile, Virat is taking Vinayak to Sai but Vinayak is wearing a mask on his eyes and does not realise their destination.

On the other hand, Jagtap’s goon is teasing him about having feelings for her but Jagtap nips him saying he does not love Sai and he is reformed now.

As Virat greets Savi she angrily turns her face from him.

Virat apologises to Savi for his rude behaviour and Savi forgives him after some time.

After a while, Savi asks Vinayak if he knows what caused Virat’s behaviour yesterday.

Vinayak tells her that he does not know what happened to Virat yesterday.

Meanwhile, Sai tell Vinayak that he needs to look after his leg and continue with exercises as she tells him. She also tells them that later she will take them to meet the small baby.

On the other hand, Gulab Rao is talking about Sai becoming a problem to him when he gets a call from his goon who informs him that Jagthap is out of town so they can take care of Sai’s problem.

However, Gulab Rao sees Virat passing by and asks his driver to turn the car around so that he can talk to Virat.

At the same time, Sai, Vinayak and Savi are coming back from visiting the baby and talking about her.

Meanwhile, Virat questions Gulab Rao for stopping him and later slaps him for humiliating Sai’s character.

At the Chavan house, Ashwini and Patralekha are preparing for someone’s arrival while others question them about the special guest.

Just then Pulkit arrives at the house while Bhavani asks for the special guest who was coming home as well.

Elsewhere, Gulab Rao is stunned at Virat’s reaction and questions him about having any relationship with Sai for reacting so strongly for Sai.

© Copyright tellybest.com, 2020, 2021. All Rights Reserved. Unauthorized use and/or duplication of any material from tellybest.com without written permission is strictly prohibited.
Cached Saved on: Friday 30th of September 2022 07:20:36 PMCached Disp on: Saturday 1st of October 2022 04:11:20 PM