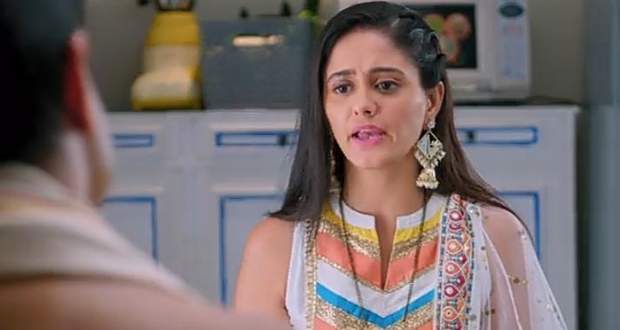 Today's Ghum Hai Kisi Ke Pyaar Mein (GHKKPM) 13 December 2021 episode starts with Shruti asking Virat if he has found a place for her while he reveals that he has to find a temporary place until they find a house for her.

He tells her to act like a married woman as the police don't know about her appearance or anything else except that Sadanand has a wife.

She agrees and asks him to talk about his adventures with Sadanand while he tells her that they have to leave for Nagpur and might get late.

He goes to pay the bill while Shruti thinks that she doesn't know anything about Virat but trusts her.

At the hotel, the receptionist demands Shruti's identity card while Virat makes up an excuse and writes it under Mr. and Mrs. Chavan.

Afterward, Shruti questions Virat about money and he tells her not to worry about it and think of it as a loan.

She asks him about his family and he talks about Sai while Shruti gets emotional thinking about Sadanand.

The receptionist asks for luggage and Virat gives his luggage saying that it is Shrutis’ with the excuse that his luggage is in the car.

Elsewhere, Samrat comforts Sai and questions her about Pakhi's feelings for him when he was MIA.

© Copyright tellybest.com, 2020, 2021. All Rights Reserved. Unauthorized use and/or duplication of any material from tellybest.com without written permission is strictly prohibited.
Cached Saved on: Thursday 20th of January 2022 04:48:43 AM