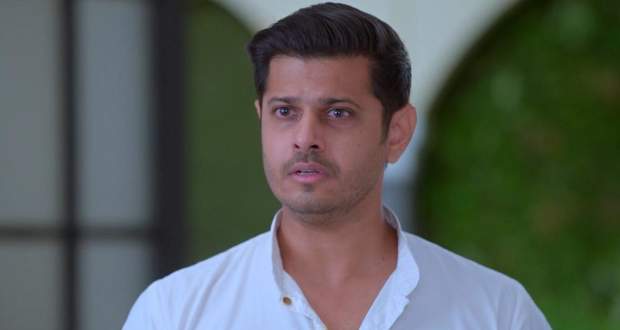 Sai tells her that many people want to see her dead.

Bhavani also asks Sai to not do all this as it will badly affect the child.

Virat also tells Sai what her actions are doing to him.

However, Sai has had enough and tells Virat that she has been suffering from the guilt of not being able to save Samrat despite being a doctor but nobody cares what that is doing to her.

Virat tells Sai to not take the stress as it is not good for the child’s health and sends her to her room.

As she is climbing the stairs Sai feels dizzy and falls down, shocking everyone. Immediately Virat takes her to the hospital while everyone worries about Sai.

Bhavani expresses her fear of Sai’s condition while Sai is being treated at the hospital.

Meanwhile, Patralekha’s mother tries to comfort her when Mansi also comes to Patralekha and tells her that she has really crossed the limit in blaming Sai.

Patralekha has no remorse for Sai’s condition and confronts Mansi for not caring enough for Samrat’s death and forgiving Sai so easily.

In the meantime, the doctor informs Virat of Sai’s miscarriage which shatters Virat and the rest of the family.

Just then Omi calls asking for Sai while Ashwini informs them that Sai has lost her child.

Sonali expresses her concern about having an evil eye at their home while Bhavani implies that it is Patralekha who has cast an evil eye on Sai’s child.

Mansi overhears Bhavani and is shocked.

At the hospital, Sai cries at the loss of her child while Ashwini comforts her.

Sai could not come to terms with the loss while Ashwini tells her that it is all God’s will and assures Sai that they can plan a child again in future.

Just then, Pulkit comes and informs them of Sai’s discharge.

As Ashwini packs her thing, Sai tells her that she does not wish to go home.