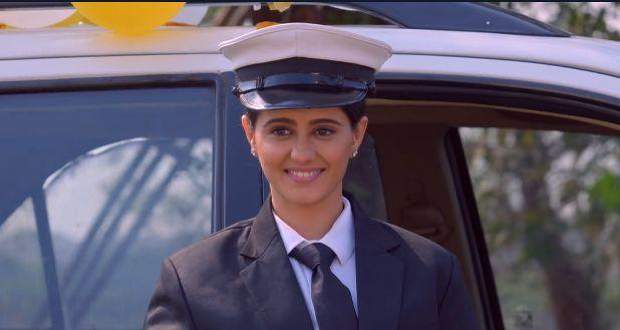 Meanwhile, Mohit is assured that he will definitely come home as it is his house.

Ashwini shares her fear based on Virat’s attitude in the hospital and that he might not come home.

At the hospital gate, Sai arrives with Virat’s car to pick him whereas Virat behaves rudely and refuses to go with her.

Sai jokes with Virat and asks him to stop being rude and requests him to smile.

Annoyed with Sai Virat starts walking, without waiting for the cab.

At the Chavan house news of Virat’s discharge fills them with happiness and they all decide to go and bring him home.

Sai and Virat's banter continue while Sai follows and apologizes to him with flowers. She even lay down on the road in front of him which brings a smile to Virat’s face.

Discouraging Sai, Virat tells her that she should not expect him back as he does not consider her as part of his life.

After a while, the Chavan family reaches the hospital unknowing of Virat’s early discharge and Bhavani gives instructions to everyone that no one will talk of the past.

Everyone is hopeful of Virat's forgiveness while Ashwini remains fearful of Virat’s reaction.

While entering his apartment Virat is welcomed at the door with flowers while Sai comes to them trying to appease Virat but without any success.

At the hospital, Ninad learns about Virat leaving after clearing his dues and feels rejected.

Sai arrives with food as a delivery agent and tries to tempt Virat with food of his choice.

Sunny is surprised to see her and jokes with her while Virat remains brooding.

Later, Chavan's family is disappointed with Virat’s leaving the hospital alone. Ashwini and Devi cry with fear of losing Virat forever. Ninad tries to assure Ashwini while going to search for Virat.

Later, Virat shows Sai his door saying life does not revolve around fairytales and Sai has no right over him because of the divorce that she has given him out of her free will.

At another bell, Virat again expects Sai but is surprised to see Samrat and Ashwini.

While Samraat also regrets his behavior and seeks his forgiveness whereas Sunny also tries to convince Virat but Virat remains adamant.

Ashwini tells Virat that she has been punished enough at seeing him fighting death and is ready to face more if he so wishes.

Unable to see his mother on her knees Virat finally gives in.