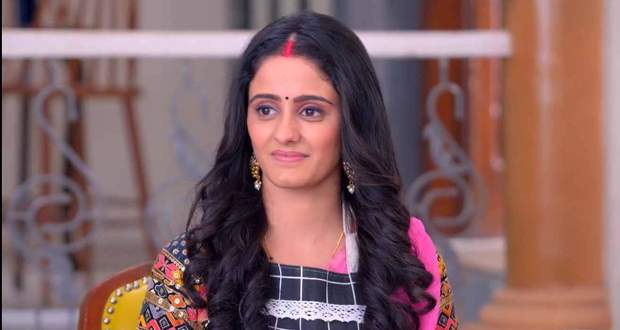 Bhavani praises Sai and Virat for obeying her and gives the responsibility of the family’s honour to Sai.

Looking at Bhavani shockingly, Karishma asks her if she is retiring and making Sai the head of the family.

However, Bhavani declares Sai as her heir-apparent.

Sai also tries to convince Bhavani to select someone else for the role but Bhavani remains adamant and tells Sai that today she will make her decision official.

Sai feels restless and signals Virat to speak up and stop Bhavani.

However, Bhavani tells him that she wants to get done with the task so that when the time comes there is a deserving candidate to replace her.

Tying the holy thread on Sai’s hand, Bhavani makes her decision official and tells Sai to hold this honour in high regard.

Later, they perform the veneration and while leaving, Bhavani spots the Mahant who has blessed Ashwini at the time of Virat’s birth.

Bhavani decides to take his blessings for Sai and Virat.

Mansi and Sonali insist for Patralekha and Karishma to join in for the blessings with Sai and Virat.

As the Mahant performs the ritual of throwing the dice, everyone looks with anticipation.

One dice jumps out and falls on Patralekha’s lap making everyone confuse and worried about the outcome.

The Mahant tells them to not get too worried about the play of destiny and that soon they will have a child in the house.

After a while, Sai asks Virat to tell Bhavani the truth and Virat assures her that he will do that very soon.