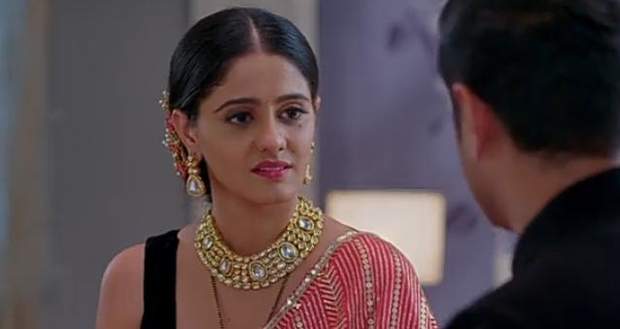 Today's Ghum Hai Kisi Ke Pyaar Mein (GHKKPM) 13 November 2021 episode starts with Samrat telling Pakhi that she is interfering with Virat and Sai's life too much and should not do that as he is her Dewar.

The next morning, Bhavani praises Pakhi for managing to convince Omkar's family to stay in the Chavan Niwas and orders Karishma to call all the members downstairs.

Meanwhile, Sai tries to find her Dupatta in Virat's room when he comes out of the washroom in a towel.

He tells her to not look at him as he takes the Dupatta from under the bed and hides it in his cupboard.

However, Sai makes fun of him and managed to find the Dupatta while Karishma comes there and misunderstands the situation.

She calls both of them downstairs while Sai tells her that they will come after her.

Later, Sai and Virat come downstairs and Bhavani scolds them for coming ten minutes late and making everyone wait.

Bhavani states that the atmosphere of the house had changed in the past few days and that she wants to bring it to its original state by being the Bhavani she used to be.

Ashwini tries to stand up for Sai but Bhavani scolds both of them while calling Sai Jungli Mulgi which hurts her feelings.